Adding a New Dimension to The CollectiveHumans, Studio

As our resident 3D animation guru, Ryan Janse van Rensburg has been a key driver of the expansion of our digital offering into the realms of AR/VR and all things gamified. We caught up with this notoriously interview-shy, but perfectly coiffed character to find out what makes him tick.

You weren’t always the tall, dark and mysterious character you are now, tell us a bit about yourself?

I was born in Pietermaritzburg, ‘the Monaco of the Midlands’. My parents soon decided that I hadn’t suffered enough and moved me to Pongola in northern KZN for a brush cut and some proper Afrikaans indoctrination (despite my surname I AM actually English). Then it was back to Maritzburg to complete my schooling and attempt to figure out a career path that didn’t involve writing or spelling.

So, what did you do? What made you like…this!

Well, I took a gap year obviously, which is fun until they expect you to pay for drinks. Being private school-educated, I used all my influences and connections to secure ‘a fulfilling position, with great opportunities for personal growth’ – at a video store, where I took another two gap years.

The suspense is killing us. What happened next?

My mother happened next. She shipped me off to Durban to study graphic design. Then, diploma in hand, I promptly repaid her by announcing I wasn’t going to be a graphic designer but would instead teach myself 3D design (because a friend was studying it and it looked ‘cool’). Sorry, Mom.

So, you became the teacher AND the student? Very Zen.

Not too Zen, I should have studied a bit more human biology because I became a father rather unexpectedly. The cost of diapers and baby food DID, at last, propel me into the world of gainful employment, however.

I started in the 3D industry at iX Media, then freelanced for a bit before The Whalley Collective dragged me kicking and screaming on board and have refused to let me leave (apart from occasional loo breaks) ever since.

Are we done yet? It’s just that I’m on deadline.

Wait…wait, there’s more! Remember how good I said I was at teaching myself new things? So, I got a teeny bit bored of doing the same thing and learnt to code to make games and apps. It’s a great way to use my 3D knowledge and push boundaries a bit more. It took two years, but I finally got my first game out, the massively underrated ‘Cricket Pro 19’.

(PSA: It’s available for FREEEE in the Google and Apple stores. Download it now – help put my child through school, you KNOW you want to!) 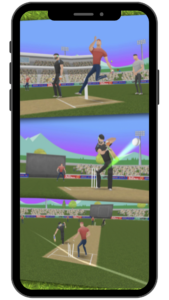 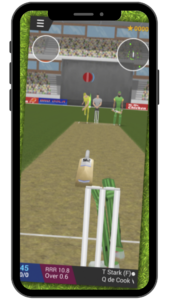 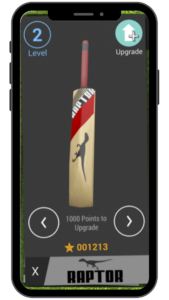 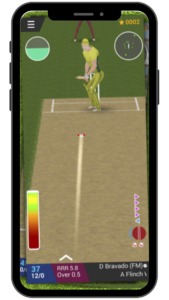 So basically, I’m now able to venture into other areas beyond games like AR and VR – still without being able to spell good and get paid for it, which is a definite win for me.