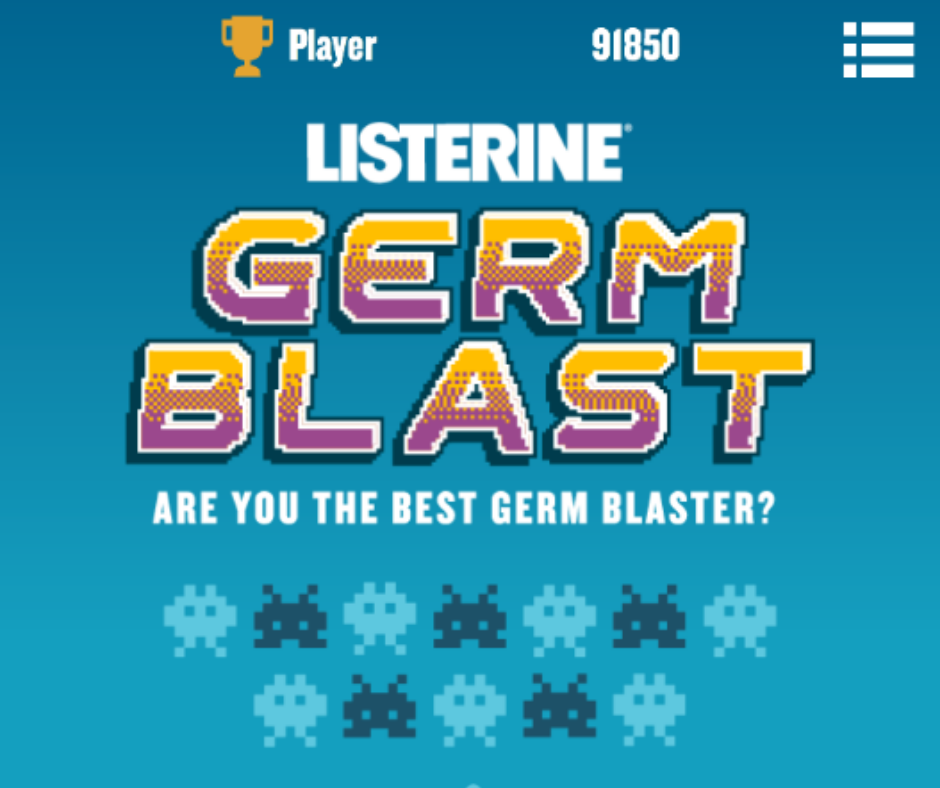 Our first foray into game dev. a big win for Listerine®

We caught up with Ryan Janse van Rensburg to ask him about the Germ Blast Facebook game he and his team created for LISTERINE®.

What was the inspiration for the game?

The Listerine® team wanted a fun interactive way to get consumers to engage with the concept of Listerine® as an effective germ killer. We talked about the popularity of retro, arcade-style shoot-em-up games like Brickbreaker or Space Invaders and their suitability for the Facebook platform. The brand team gave us carte blanche in terms of design direction. We ended up going the Space Invaders style to align with the then-current Listerine® Cool Mint online video content which already featured with germs falling from the sky and a Listerine® bottle moving from side to side shooting them down.

What were some of the project requirements and challenges?

The main requirement was for a game that appeared on Facebook users newsfeed that they could click on and begin playing without having to wait or download anything. These are known as Instant games built on the HTML5 mobile web standard.

Development time was also a challenge. We had to go live within two months from brief with a simple game that incentivised play and repeat plays. So we had to keep the design and gameplay really simple without losing the addictive quality that made Space Invaders such an enduring hit.

How did you approach the project?

We began by researching and testing with HTML5, and its suitability for Instant games on Facebook. I needed to keep the coding light, given the budget and development time frame.

The design and concepts were most probably the simplest things we had to arrive at. We already had the core design down thanks to the earlier videos and Space Invaders concept; it was more just a matter of getting together and creating a priorities list of features we would like to implement, dependent on time and budget. Naturally, the design look did evolve a bit through the whole development with client feedback.

Tell us a bit about the play incentive component?

That actually was a reasonably simple leaderboard component. Players score points which were saved to a global leaderboard, with top scorers being rewarded monthly along with an overall prize for the leaderboard winner. There were a few challenges involved in integrating the leaderboard concept with Facebook’s backend, and I ended up implementing a Third Party backend that had specific support for instant games and coding a custom leaderboard to enable players to view the leaderboard themselves.

How did the game perform?

For a campaign snapshot, see our Listerine® case study below. 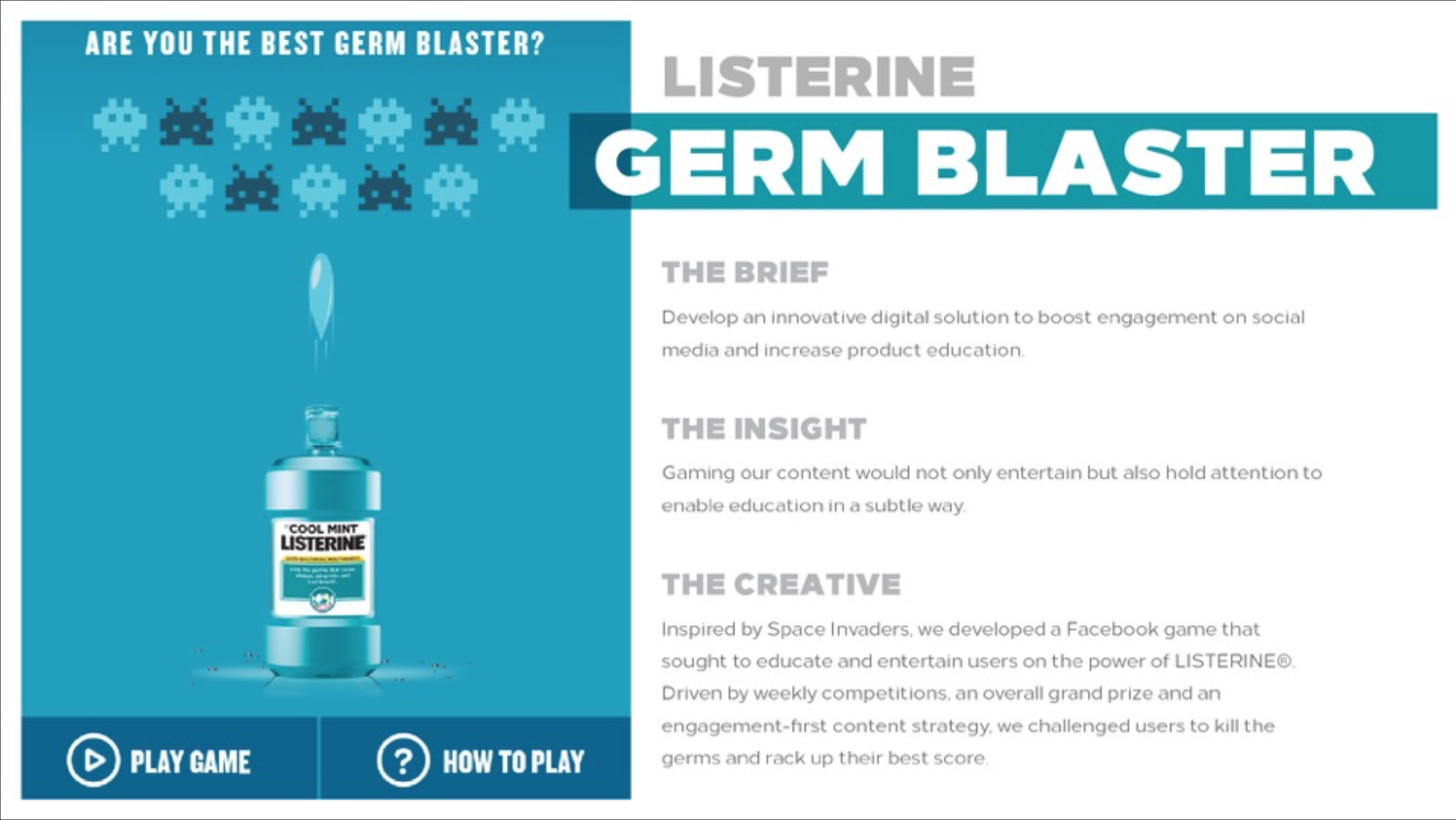 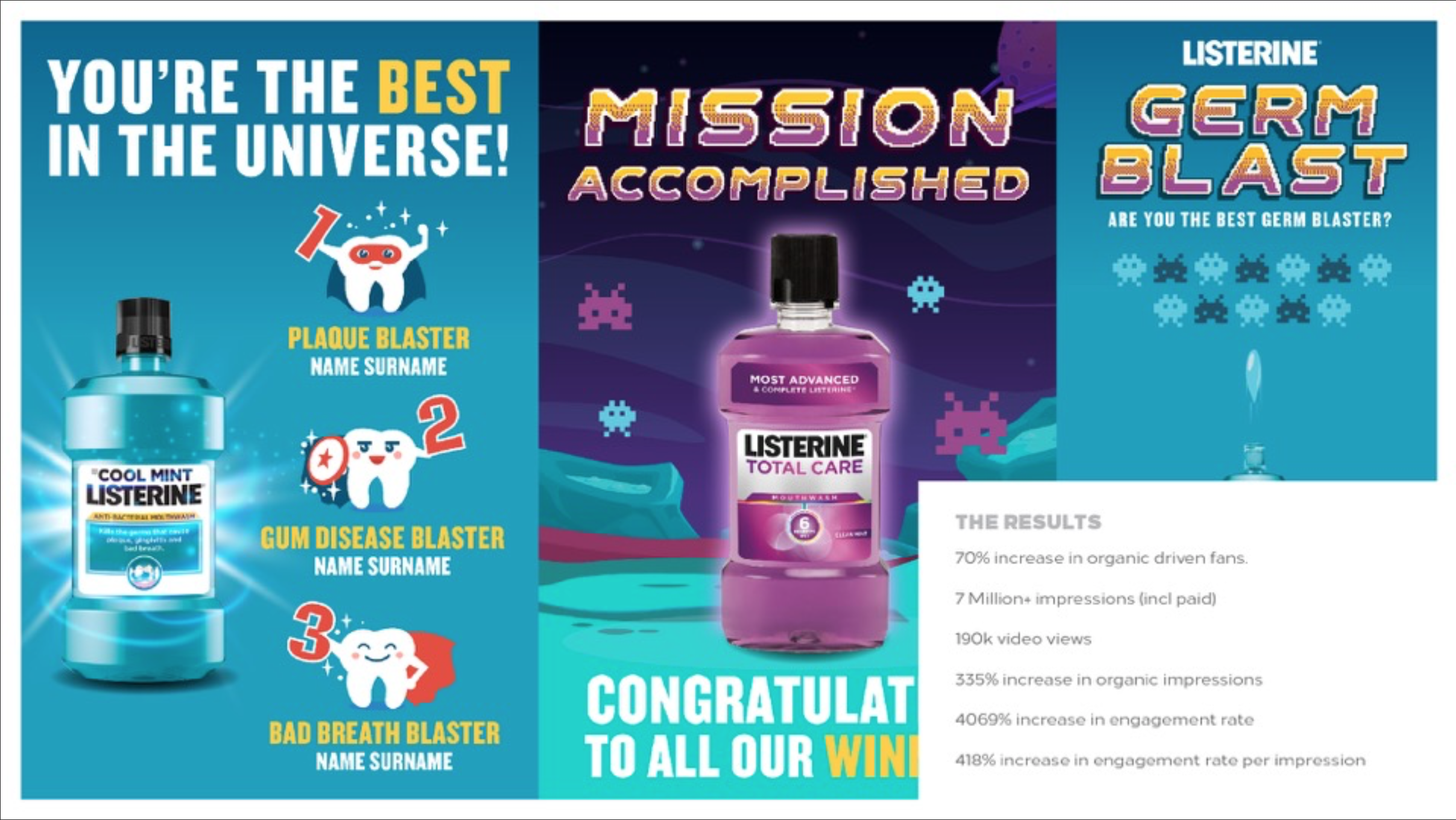 This Is No NormalPrevious Article

Adding a New Dimension to The CollectiveNext Article